Elon Musk’s takeover of Twitter has sparked much controversy over the future and safety of the app, leaving millions of users looking for a new alternative to the micro-blogging platform.

One Twitter alternative that has gained a lot of traction in recent weeks has been Mastodon. It has gained over 1 million active monthly users since Elon’s takeover of Twitter, an impressive growth rate of 657%.

Although Mastodon has been around since 2016 since its creation by German software developer Eugen Rochlo, many people have never heard of it before.

Here, we explain what Mastodon is, how it works and more importantly should your business be using it.

In many ways, it makes complete sense that thousands of users are flocking to Mastodon as their new Twitter alternative.

As Mastodon is another social media microblogging platform. 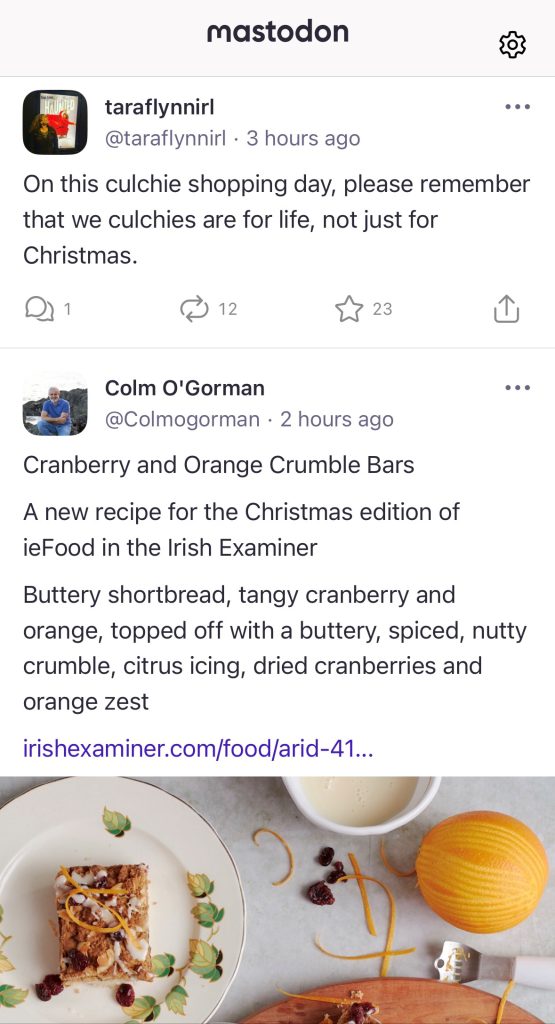 While you cannot quote tweet on Mastodon, you are allowed 500 characters to write a post, nearly doubling Twitter’s character allowance.

However, that is broadly where the similarities end.

Mastodon is an open-source, decentralized and a non-profit platform. This means that any user on the platform can modify and enhance the app as they wish and most notably Mastodon is not run by one single entity (or billionaire) but rather by thousands of volunteer groups or individuals.

The purpose of Mastodon is to benefit the user and their privacy. That is why the platform does not take your data, use an algorithm or contain ads.

How does Mastodon work?

When you join Mastodon, you will be asked to create an account on a specific server often referred to as “instances”, these are run by individuals or groups. With its own set of guidelines, policies and registration processes.

Each server is independently run and is distinguished by certain interests, professions or locations. For example, a popular Irish server is @mastodonie@mastodon.ie.

Your choice of a server isn’t important as Mastodon is federated. This means that you can communicate with anyone on the platform no matter their server. This concept is similar to using emails, if you sign up with Gmail you are still able to email something who has a Yahoo account.

Unlike, other social media platforms which have centralized moderation policies, Mastodon doesn’t. You are free to post whatever you want on the platform as long as the server you have joined with allows it. You should be aware of the rule each server has in regard to what you are allowed or not allowed to post.

Like on Twitter, if you see something you don’t like you have the option to unfollow or block that user. However, on Mastodon you can even block the entire server they are associated with.

The short answer is no, your business shouldn’t leave Twitter for Mastodon at least not yet.

In terms of numbers, Mastodon has only a mere 0.2% of Twitter’s 450 million active monthly users. At the end of the day, the user base matters, especially for businesses. The more users the platform has, the more people in your market you can reach.

Additionally, Mastodon still has some way to go to make it more user and business friendly. One of the biggest setbacks of using the platform is how hard it is to follow other people. Unlike Twitter, where you have all your potential friends on one server, Mastodon has thousands of servers making it harder to find whom you are looking for without a username.

In conclusion, Mastodon isn’t designed for businesses; it is designed for individual users. This is reinforced by the fact that the platform doesn’t have account analytics, so you can’t see how your posts are doing.  More importantly, Mastodon doesn’t let you place ads or boost your posts like Twitter can, making it a less attractive platform when you compare the two.

Twitter may not be in a good place at the moment but for now Mastodon isn’t its heir apparent.

By continuing to browse the site you are agreeing to our use of cookies.
Scroll to Top